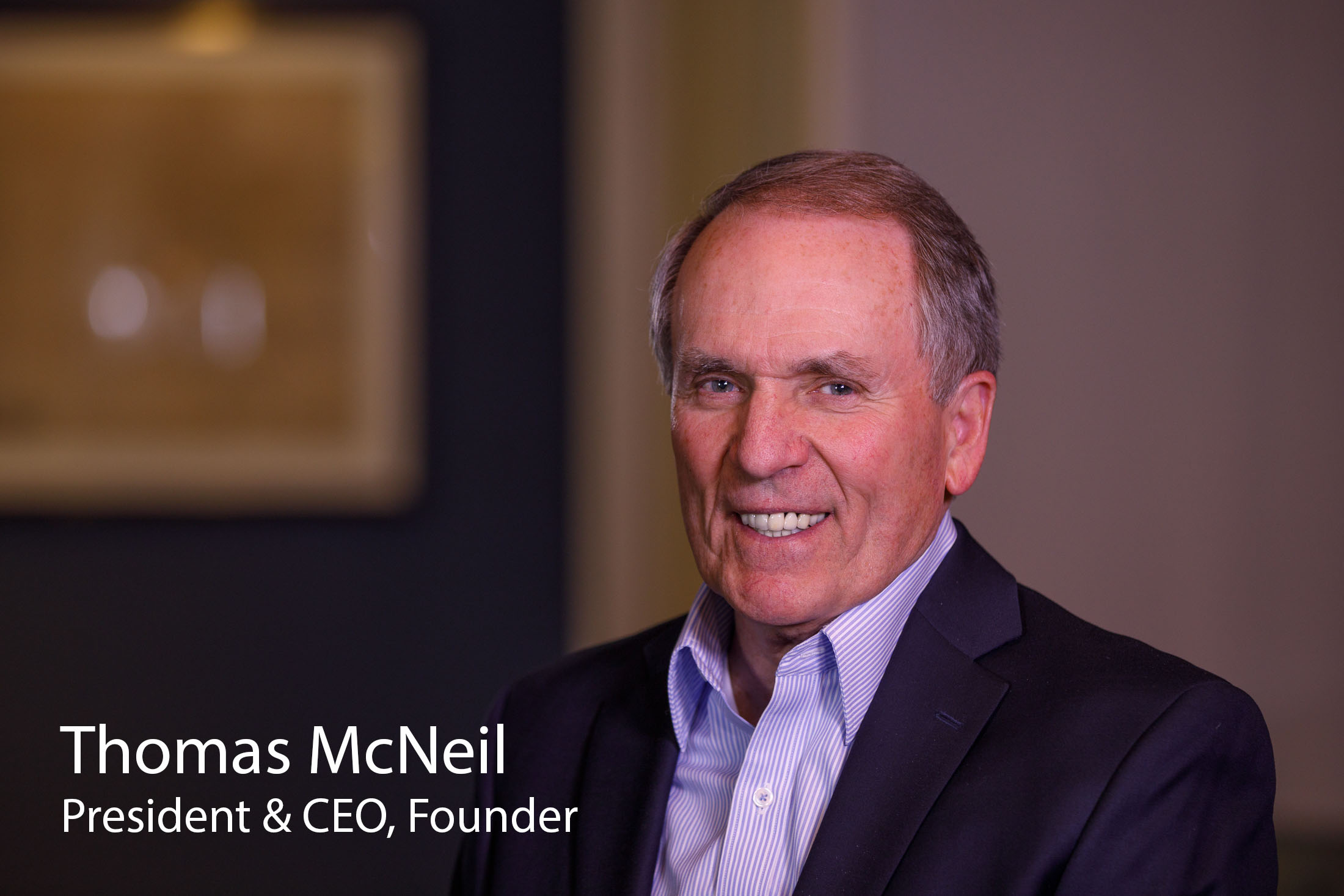 Thomas P. McNeil, President of MDL Partners, is one of the founders of the company. He is a native Bostonian, a graduate of Boston Latin School and received a Bachelor’s degree in mathematics from Boston College.

Tom spent seven years on active duty as a Naval Aviator and subsequently took a position as Operating Center Manager, Aviation Systems for a Washington, D.C. based consulting firm, Systems Consultants, Inc. He relocated to Boston as a District Manager for Pat Ryan & Associates and remained there until he accepted a position with Performance Dynamics International. He was instrumental in growing this company from four to sixty five locations over a seven year period and became Executive Vice President.

Following his active Naval service, Tom spent 13 years in the Marine Reserve and retired as a Colonel after serving as Commanding Officer of a Boston based Marine Fighter Squadron. He is also a graduate of the Navy’s famed “Top Gun School.” He was featured in the New England Executive segment of ABC’s “Evening Magazine”.

With over 30 years of experience in the career consulting industry Tom has established an exceptional, worldwide network of executives, professionals and entrepreneurs. His philosophy can be summed up in these words: the customers of any business are a precious resource. Listen to them, and treat them fairly, and you can’t help but have a successful enterprise.